Creating an audio subliminal message involves having a vocal message (usually affirmations) that is somehow not detected by the human listener but which is perceived non-the-less by the subconscious mind. 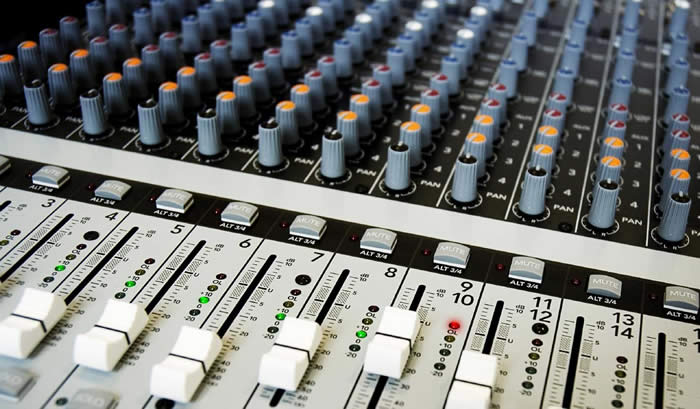 In an analogy with visual stimuli where the message is not seen but perceived, the audio message should not be heard but perceived.

There are a number of ways to try to achieve this but in the end techniques such as back masking, silent subliminal’s, vocoder, reverse vocals and stereo confusion all seek to achieve the same solution.

That is to impart a positive message to the subconscious mind by by-passing the logic filters of the conscious mind.

There are a few ways to create subliminal audio tracks to program your mind to achieve the things you want – here are a few techniques.
Back Masking
The oldest, most known and used technique, is simply to make the volume of the voice lower than the backing track. This means that the conscious will not hear it but the subconscious mind will.

Therefore what is needed is a technique that maps the vocal tracks volume to the background tracks volume in such a way that it mirrors it and surfs the frequency of the soundtrack being played.

This technique is called ENVELOPE FOLLOWING and varies the volume of the vocals dynamically in unison with the backing track volume.
Silent Subliminal
This technique which is patented involves modulating the vocal track so that it is at or near the limit of human hearing (approximately 15 kHz)

This system is patented and is the system we use.
Vocoder
Another way to create subliminal’s is to use what is known as Vocoder technology when mixing down.

This means to modify the tone of the voice to make it sound like the background music. For example if violins are playing in the background track then the vocal track will take on the characteristics of a violin and sound somewhat like a violin talking.
Reverse Mode Technique
Here the idea is to simply reverse the vocal message so that it is heard but not understood i.e. reversing the voice track, so the words sound in reverse.

Technically it is possible for someone to reverse again the message and actually hear what is being said but this relies on the mind’s ability to decode language when presented backwards.
Stereo Confusion Technique
This technique involves sending one message to one ear while the other is sent a completely different message both at the same time.

This technique is often used as a method for learning languages by listening to the same word in two different languages you can in-effect accelerate your ability to absorb language.

Although the messages are plainly heard it is questionable whether this system works or whether it is subliminal at all.